David Hume is among the most important philosophers who wrote English. In addition, many people considered the philosopher a historian. Together with other philosophers such as John Locke and George Berkeley, they advocated similar standards for knowledge. In their argument, they developed that knowledge resulted from experience. Despite the similarity between these philosophers, Hume remains different for his continued application of his standards to causation and necessity. In his argument, Hume advocates people to always consider experience as source of knowledge that allows us to learn about the cause and effects perceived in the daily life. In his argument, David reveals that experience does not necessarily tell much about events. In his argument he demonstrates that the tenuous grasp of causal efficacy is essential as it helps give rise to the overall challenge of induction. In other words, there are strong likelihoods of justifying events by making inductive inferences about the world. The discussion below is an evaluation of David Hume’s argument on causation.

In his strong philosophical work, Hume develops the different methods through which the mind associates ideas. The major methods stipulated in his argument include; natural relations and as well philosophical relations. He continues with his evaluation where he postulates that natural relations have a connecting principle. The basic relations used in imagination as developed by David include; resemblance, cause and effect and as well contiguity (Rachels 31). Among these relations, Hume postulates that causation is the most prevalent. While differentiating the aspects and understanding of these aspects of relations, he postulates that causation, as a relation is crucial. It has significant role of going beyond what is immediately present to the perception senses. Adversely, is the subject of responsibility for all the massive knowledge in the world? Apparently, in his argument, seemingly appear that cause and effect is not only a philosophical but also depends with the impressions.

The natural relations has a guiding principle that the when we imagine naturally it more likely to lead as from idea to another. Cause and effect are the some of the philosophical relations. The relation between the two is very vial in reasoning. They define the impressions and ideas that people have and they determine their unique way of reasoning.

Hume named the causation the cement of the universe, these was to show that it brings everything together. These is because, understanding the cause helps us to understand how our minds will react to the situation and give ideas to the next move (Carlin 82). Hume’s way of view is that people get ideas of connection of causes and effects through situation of events following one another. He claims that we should not predict that the outcome will always be similar but instead we should develop our mind and train it to reason to other possibilities that can emerge from the same (Pojman 65). He says that we should take time to analyze critically all possible solutions and ensure that no assumptions are made in any way.in these way we shall be able to think beyond the life controls and nature should not limits our expectations.

He says that neither cause or effects have power over the other and the sentimental impression that one has power over the other due to how the portray simultaneous appearances should not be considered, else should be able to understand clearly what cause the effects and the brought about the cause. They do not have control on each other, but these is brought about by the people way of thinking and how nature has brought up them (Rachels 28). The biological way of peoples, thinking limits them to go beyond what they observe and give analytical conclusion.

Hume’s explain that we cannot explain the prepositions to particular causes through what we have experienced before. If we experience a situation, we should not conclude that the cause of that situation would always be the cause to other people. The effects you as the person you experience d may not necessary be the same to the other person and thus we should not rely on experience to draw conclusion (Carlin 48). I life people tend to experience different circumstances, different experiences to a similar situation. Hence, we cannot conclude that through what we experience should be used to conclude things, because each person will have different impression on the same.it only depends on our way of thinking.

Hume raises concerns that we intend to find no problem on the matters that our memory tells us is right. In this way of thinking, we assume that there are other causes and other things that we are not aware of which also can affect our lives. We only focus on what we know and forget that there are other things that we are not aware of. The cause and effects may cause the problems but we might not be aware (Perry 55). The reasoning of the people determines what will happen. He says that unless we think critically and be aware of causes and effects the knowledge will always be unknown.

Hume argues that we cannot draw conclusion on what a thing can cause from just examining it alone. Especially if that thing is new, it is very difficult to know what it is capable of causing and its effects. The idea of causation that we be able to analyze the event as the cause of action many people way of thinking is that the action causes effects, but when we are able to relate both and vice versa we will be able to have clear view of the causes and the effects. The two are most inter related and requires good observation and explanation to differentiate the two.

Hume lacks the certainty of the knowledge that is derived by the human scientist, his beliefs that the way people have opted to belief the scientist has greatly contributed to the confusion and the trouble are facing now (Chaffee 33). He beliefs that the nature has given the people enough knowledge to deal with life and that it Is not necessary to go the extreme to try to unveil what nature has not given.

He argues that people do not differentiate the connection between cause and effects (Perry 65). He says that there is some connection between the two, one must has the power to control the other, and one is produced as results of the other he continues to say that as far as we do not realize the connections between the two, it will always be impossible to have the certainty of knowledge (Carlin 55). Moreover, these derives the problem of causation.

In order to deal with the law of nature, he says that we must develop the tendency of observing and analyzing things as they unveil, to conclude one must be able to know the connection of effects and cause. These will help understand why and how it happened.

Hume observation on the causation, he tend to differ to the people way of thinking of assuming that one thing is caused but another. He says that a causation is as results of the habit of association, belief that is unknown and lacks meaning. He continues to say that when we constantly observe two events, we always follow one another and tend to believe that one is always an assumption and is affected by the other. He claims that this is the way we are created and as long as we do not think beyond, we will never be able to disproof or discard assumptions. In a religion basis, his beliefs for something to happen to cause and effect there must be the first cause in place and the cause is God. However, in human point of view the causation is drawn to assumption and remains unknown to them, and fails to know that there is God.

In conclusion, Hume says that when we people lack the knowledge of the real things, it will always be impossible to understand the defect and cause (Chaffee 55). We will always be limited on focusing on how to explain the effects and lack to understand why and the cause of these effects. He concludes by giving an example that when you drop a stone on a cliff, the stone will fall, when you repeat again the stone falls, people draw conclusion that it must always fall, but Hume argues that it is not necessary it will fall. In addition, the perception people have is a result of repeated observations and thus assume that the future will definitely be like the experiences.

He says that habit and customs determines our beliefs that the future will be the same with past. That the nature focuses us to believe what we can only observes (Pojman 88). Hence, we should always go through critical reasoning to provide justification to our conclusions.

In conclusion, the assumption that the future resemble the past should never exist in the minds of the people and the idea should never be inter related because it is just a mere assumption without basis.

Outsourcing and the Public Sector
Political Ideologies and Theories 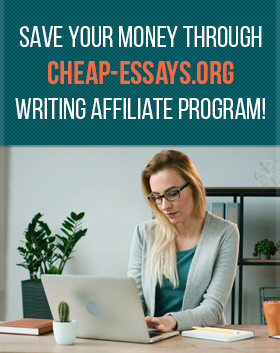